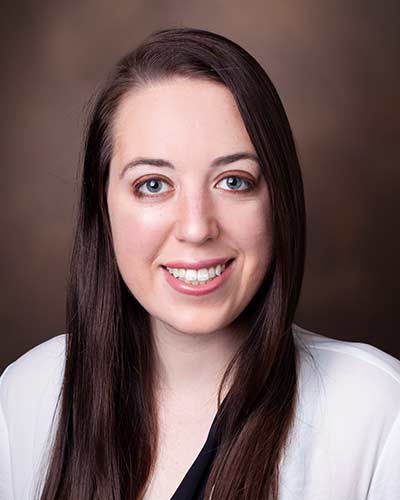 Alana Lauck attended Lipscomb University in Nashville, TN for both her undergraduate and graduate degrees. While there for her undergraduate degree, she double-majored in Spanish and Psychology. In the Fall of 2020 she obtained her Master of Science in Psychology after completing her thesis on self-blame predictors in sexual assault survivors. She joined the CIBS Center research team in October of 2020 as a research coordinator. In her current role, she evaluates the long-term outcomes of patients after they are discharged from the ICU by giving cognitive assessments. Prior to her work at the CIBS Center, she spoke at the Children’s Spirituality Conference: Christian Perspectives in 2016, where she shared research about children whose parents were incarcerated. Her research from the conference was used in a chapter of Story, Formation, and Culture: From Theory to Practice in Ministry with Children, a book that looks at how spirituality impacts children as they grow up.