Delirium in the ICU: An Overview

Delirium is defined as a disturbance of consciousness with inattention accompanied by a change in cognition or perceptual disturbance that develops over a short period of time (hours to days) and fluctuates over time [The Diagnostic and Statistical Manual of Mental Disorders (DSM IV)]. Up to 80% of mechanically ventilated ICU patients develop delirium and it is associated with many negative outcomes such as increased lengths of stay, decreased survival and increased cognitive dysfunction. The three motoric subtypes of delirium are hyperactive (often called ICU Psychosis), hypoactive (also called quiet delirium), and mixed (fluctuation between hypo and hyper). Above are links to more information regarding delirium etiology, associated outcomes, monitoring and management. 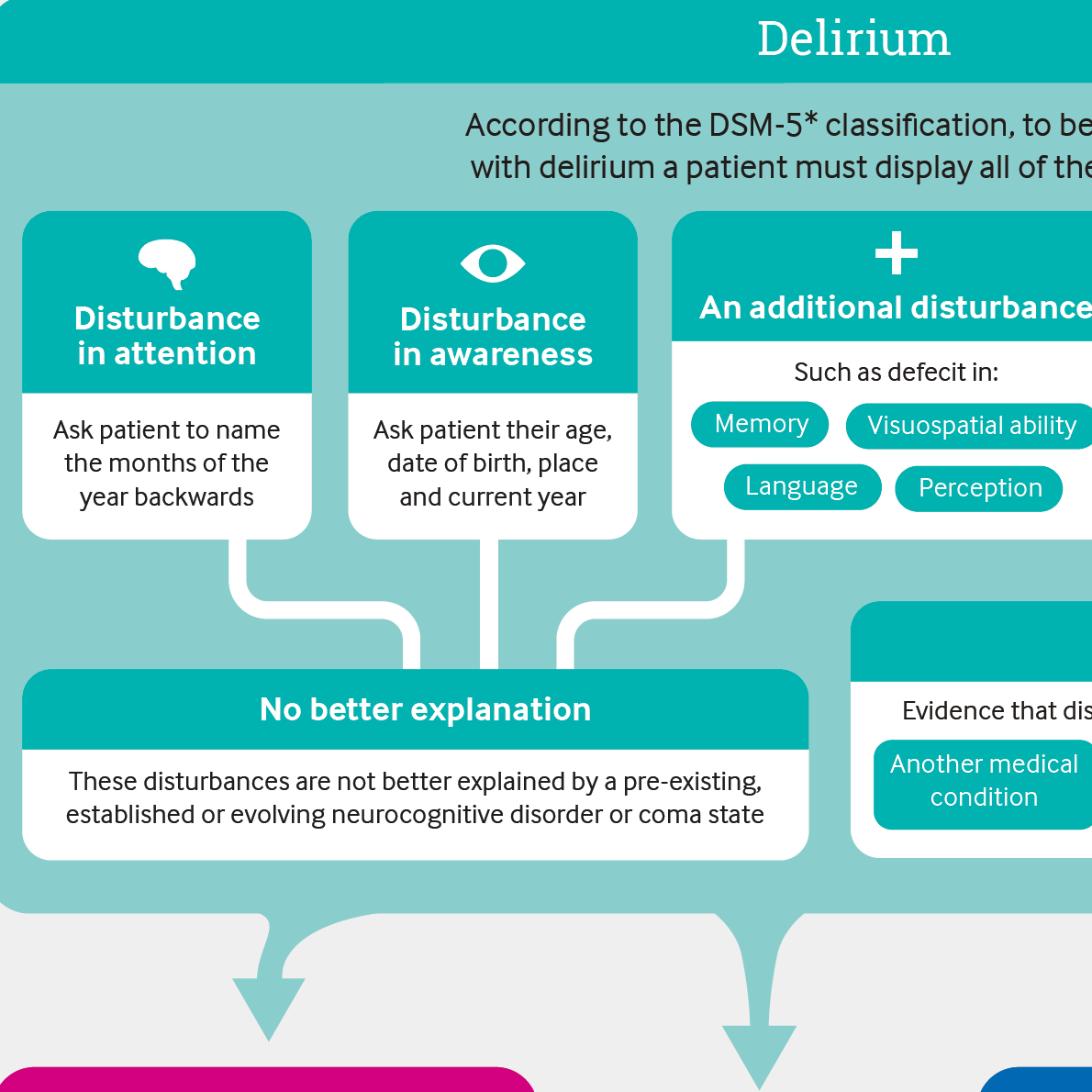 Types and Consequences of Delirium

Shruti Patel and colleagues (University of Chicago) studied the outcomes of patients with “rapidly reversible sedation-related delirium,” which they defined as delirium (CAM-ICU positive) while receiving sedation that resolved (CAM-ICU negative) within two hours after stopping sedatives during an SAT. Though this type of delirium was rare—only 12% of the 102 patients studied had the rapidly reversible form—these patients had a prognosis that was similar to patients who never had delirium in the study. That is great news for this small group of patients. Unfortunately, the large majority of patients (75%) who were delirious in this investigation had “persistent delirium” (i.e., they were still CAM-ICU positive more than two hours after sedative interruption) and a higher risk of death and longer length of stay (a consistent message in the literature related to delirium in general). Many sedatives used in the ICU (especially benzodiazepines) can remain in the body for hours or even days after an SAT. The mechanisms by which sedatives may contribute to delirium or potentiate effects of critical illness on the brain are not well understood. It is almost certain that many patients in the persistent delirium group had existing psychoactive medications in their blood stream, although this study did not attempt to quantify this.

The best picture of the patient’s mental status will come from assessing delirium serially throughout the day. Thus, we recommend that you assess patients for delirium both before and after daily sedative interruption (SAT). This approach will provide helpful prognostic information to you and your team who are considering how aggressive to get with non-pharmacological and pharmacological methods of managing delirium. Lastly, the implications of this research are that all of the previous studies that included the “rapidly reversible” patients lumped in with the persistently delirious patients would have, if anything, UNDERESTIMATED the risks of delirium in terms of mortality, length of stay, and potentially long-term cognitive impairment risk. This study tells us more clearly than ever before that this form of organ dysfunction in critically ill patients must be closely monitored and addressed when present. We can’t continue to look away!